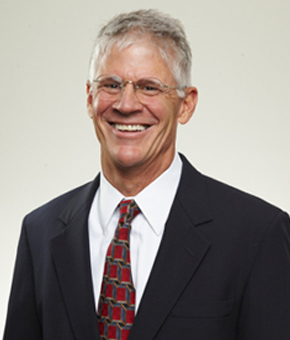 A California native, Tom Tosdal graduated from Harvard Law School in 1975. After law school, Tom clerked for the Honorable Edward J. Schwartz, Jr., Chief Judge of the United States District Court for the Southern District Court of California in San Diego. Then, after two years with the California Agricultural Labor Relations Board, Tom entered private practice in 1978.

In private practice, Tom has focused on bringing justice to people harmed by the misdeeds of others. He has tried over 60 jury trials, mostly for plaintiffs, and settled many more cases, resulting in many seven-figure recoveries for his clients. A recent jury trial pitted Tom and a couple colleagues against two utilities in New Mexico to determine fault for the massive Las Conchas Fire. After an 18 day trial, the jury ruled the utilities had negligently ignited the fire and harmed the plaintiffs.  After a week of a second jury trial focusing on damages, the utility settled the case favorably for our clients.  Tom is one of two people in the country who has successfully tried to jury verdict a fire case against an electric utility.

Many lawyers claim experience and expertise in fire cases, but few have it. Tom’s experience in power line fire cases started with the three San Diego fires in 2007, which were started by three different types of power line failures, all in high wind conditions. In these and other cases since, Tom has taken a leadership role in establishing liability and proving damages for hundreds of people, farmers,  and businesses, and even two telecommunications companies, while obtaining for them fair compensation for their fire losses. The fire cases in which Tom has taken an active and  leadership role in the past include:

Presently, Tom is actively advocating for fire victims in the PG&E bankruptcy litigation, which is the largest bankruptcy in the history of the State of California. Tom was also one of two lead counsel in the Dog Head Fire litigation, in which we have sued the United States and other persons responsible for the fire on behalf of home and property owners and ranchers.

Tom has been fortunate to receive many awards, including “Best Lawyers,” “Trial Lawyer of the Year,” and “the Top 1%.”

“There is a right way and a wrong way to do fire cases. Experience in fire cases and knowledge of proper fire prevention techniques is essential, as is dedication to detailed, personalized attention to each and every case.”

Some law firms gather as many cases as they can and then settle cheap. We reject that approach entirely. Our motto is MAXIMIZE THE RECOVERY OF EACH AND EVERY CLIENT, no matter who that is.

With no shortage of law firms, how do you choose the right legal representation for your needs? We believe two things matter most: Experience and Results. At Tosdal Law Firm, we have over a decade of experience in wildfire litigation, and we have secured numerous seven-figure recoveries for our clients in those cases.